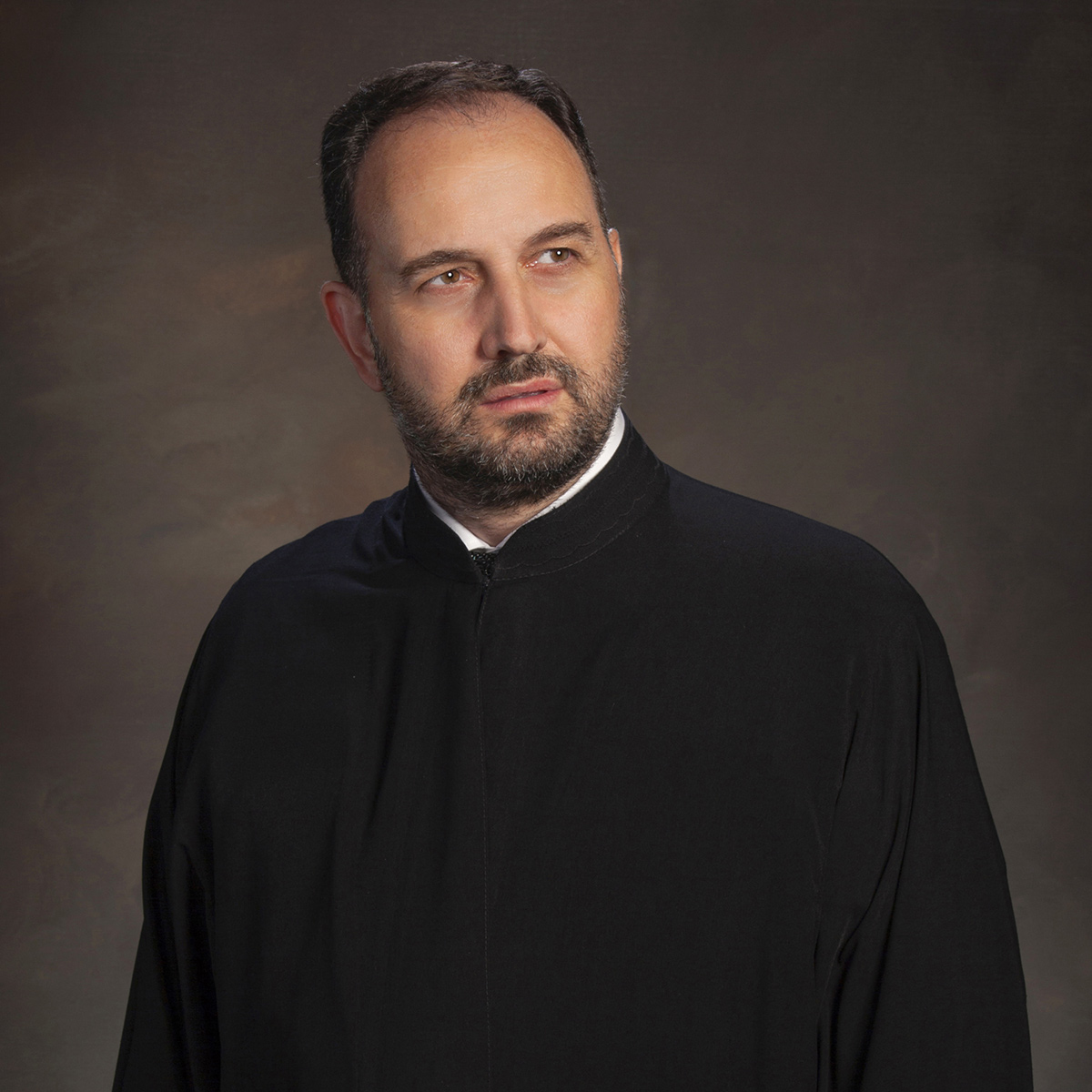 This is a workshop that aims to deepen the monophonic Byzantine member of the cult of the Eastern Orthodox Church, through the three basic forms of octahedron music. Individual approach to the psalm, group cultivation of the dance aimed at improving the interpretation and execution of the troparions through the “frasing” of the positions, and presentation of different styles of interpretation and style in the historical path of the art of chanting, are the main features of the workshop.

The meli that will be taught, for the application of all the above, are the similar ones in sound, in a short and slow ermological member, Doxastika of the whole and Social of the Sundays of Petros Peloponnisi, as well as Kalofonic Eirmos of Balasios Priest with similar kratimata.

Born and raised in Drama, he has been involved in Byzantine music and folk song since the age of six. He is hold a PhD in Theology specialed in Byzantine musicology and the art of chanting. He holds a degree and diploma in Byzantine music, from the class of Archon Protopsaltos Charilaos Taliadoros, while at the same time he has completed his studies in higher theories of European music and in the theory of oriental music with the professor of EKPA Thomas Apostolopoulos.

Since 2000 and up to today he is the  professor in charge of the school of Byzantine music of the State Conservatory of Thessaloniki and from 1996 to 2011 he taught Byzantine music at the Municipal Conservatory of Drama. At the same time, he teaches traditional song in various cultural associations. He served as DG Ieropsaltis in the I. Church of Panagouda in Thessaloniki and as Lampadarios in the I. Church of the Assumption of the Lord of Thessaloniki, while from 1998 until today he is the lead singer of the same Church.

He is the founder and choirmaster of the Byzantine dances “Domestikoi tis Drama” (1996-2015), “Byzantine dance KOTH” (2000 until today) and “Kalofonia” (2019 until today), which is under the auspices of the Patriarchal Foundation for Patriarchal Studies. He is also actively involved in the field recordings of our folk song, participates in various international conferences with papers and his articles have been published in scientific journals.

He has more than 500 concerts in Egypt, Bulgaria, Greece, USA, Italy, Cyprus, Poland, Turkey etc. At the same time, he has released eight (8) records of Byzantine church music and folk songs (Welcome, Christ of Easter-Christ is Risen, Friends, Welcome, Our Songs, Ode to the Epiphany videotaped and recorded for the Greek and Polish radio and television.

Finally, he has been honored with the title of Archon Maistor of the Patriarchate of Alexandria.