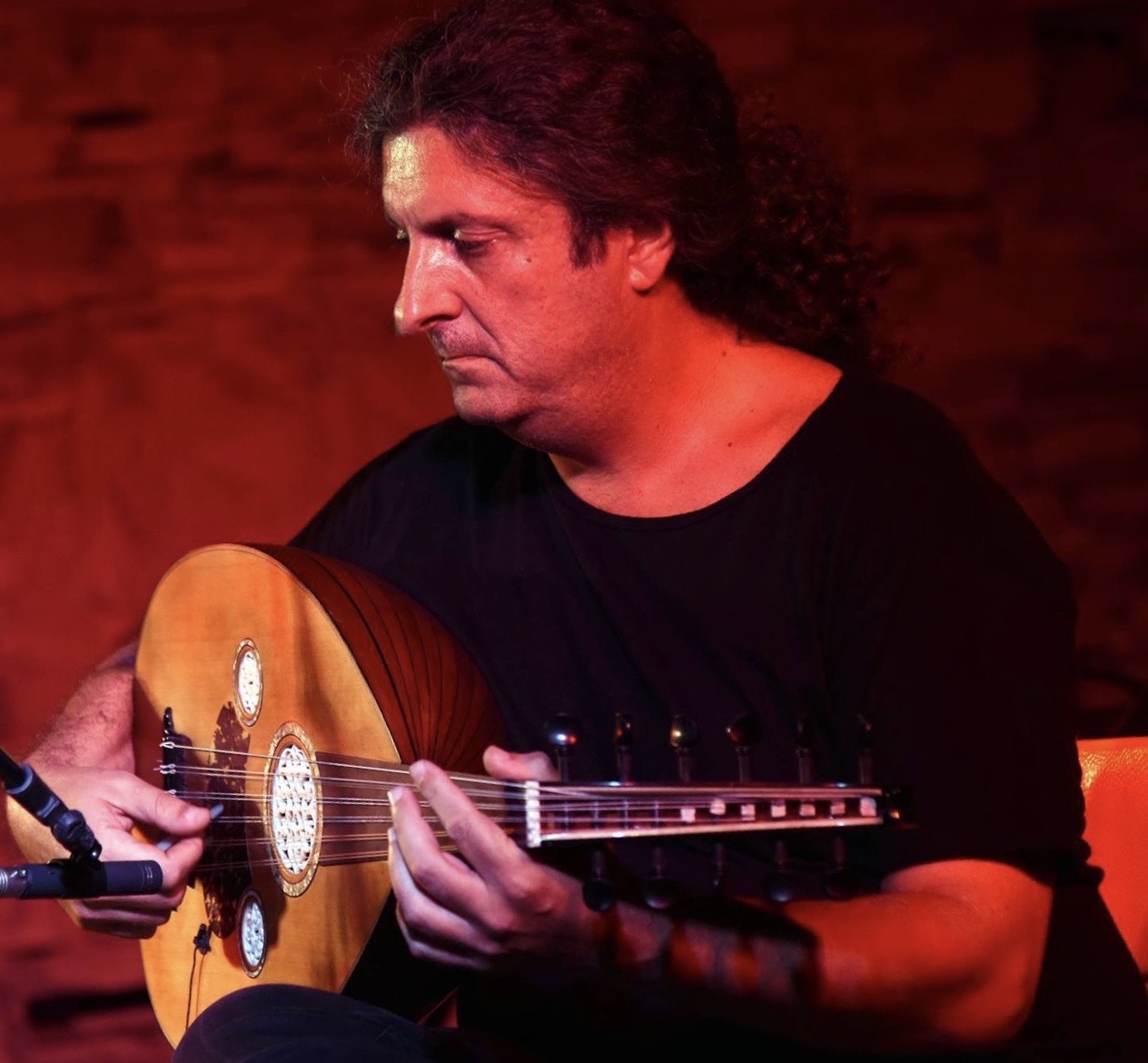 In this seminar, we will develop the oud technique through its practical role in the musical traditions of rebetiko and Asia Minor song as well as technical issues related to the basic infrastructure of musicians on the instrument.

As a reason for the above, pieces from the above repertoires will be used and taught, with special emphasis on the methodology of how to receive them. Finally, given that the above musical traditions and the oud as a use, are related to the theoretical system of makam, there will be an obvious presentation of the concept of makam and much more, the emergence of its practical use in the interpretive thinking of the musical act, either it concerns compositions such as songs, or it relates to improvisation known as taximi.

The seminar is open to anyone interested regardless of their level and there will be of an experimental nature in order to interact with the needs of the participants.

Eugenios Voulgaris started his music career in 1985 studying Byzantine music and obtained the Diploma in Byzantine Music with Excellence. Since 1992 he has been dealing with traditional music, taking his first lessons with Christos Tsiamoulis. He has studied the interpretation of Eastern music styles with Fahrettin Cimenli and Murat Aydemir with frequent visits to Istanbul, while as part of the summer seminars of the “Labyrinth” in Houdetsi he attended seminars on oud, rabbi and afghan. in composition and orchestration.

He has taken part in many concerts in Greece and abroad, as well as in recordings of records by Greek composers. He has also participated in the recording of works for radio (Third Program), television and cinema. Since 1995 he has been collaborating with the Orchestra of Colors as a leading mandolin. For the last seven years he has been teaching at the Municipal Conservatory of Patras in the Department of Greek Music, of which he is also responsible, while at the same time he has been supervising the School of Traditional Instruments of the Diocese of Ilia in Pyrgos and Amaliada since 1992.

His teaching experience includes his collaboration with the Music Schools of Bartholomew and Patras. Since March 2005 he has been teaching oud, yaili tambour, organology and ensembles at TEI. Epirus, at the Department of Folk and Traditional Music. In April 2000 he founded the band “Romans”, which received excellent reviews in concerts that have appeared to date (Patras, ATHENS, Symi, Kastelorizo, Messolonghi), performing works by Ottoman composers.

Recently, in collaboration with Marco Skoulios, Toli Tsardaka and Pano Poulos, they founded the musical group of the Oriental Music Laboratory of the Department of Folk and Traditional Music of TEI. Epirus. The discographic work entitled “Travels” (in collaboration with the singer Dora Petridi) has been released since May 2004. His compositional work includes music for theatrical performances (“The story of a prisoner”, “The Stachomazochtra”) and the work ” The message of the prince “(together with Christos Galanopoulos).In 2006, under the auspices of the Department of Folk and Traditional Music (TEI of Epirus), a collection of 200 songs from the repertoire of rebetiko music of the interwar period was published, transcribed in the ways of oriental music (in collaboration with Vassilis Vantarakis).