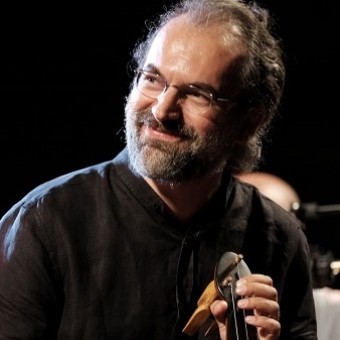 Ιn this 24-hour five-day seminar we will be  focusing on the improvisation techniques on the various bowed instruments. We are going to “put our taxim in order” by studying its structure in the various macams and by practicing in together and each one individually.

He was born in Athens. He studied classical guitar with Maria Galani and Vassilis Gratsounas,music theory with Michalis Adamis and Byzantine music and folk song with Giannis Tsiamoulis.

In 1988 he started studying Lyra of Istanbul and lute lessons with Ross Daly and a year later he became a member of the band “Labyrinth”. Since then, he has collaborated with musicians from Greece and abroad in various musical groups, participating in recordings and concerts around the world.

Among other things, he has recorded for Blue Note with Charles Lloyd, for Harmonia Mundi with Jean Quihen Queyras and for ECM with Eleni Karaindrou.

In 1999 he was awarded by the Ministry of Culture with the State Award for Young Artists: “Melina Mercouri”. In 2010 he created the Socrates Sinopoulos Quartet. The quartet’s first album was released in 2015 with producer Manfred Eicher from
ECM records entitled “Eight Winds” and received excellent reviews internationally. In 2018 the album “Under the Rose Tree – Tunes from the Greek musical traditions” was released by the company Saphrane records which was selected among the best CDs for 2018 by the association of music critics of Germany. He is an Associate Professor of his Department of Music Science and Art,University of Macedonia.