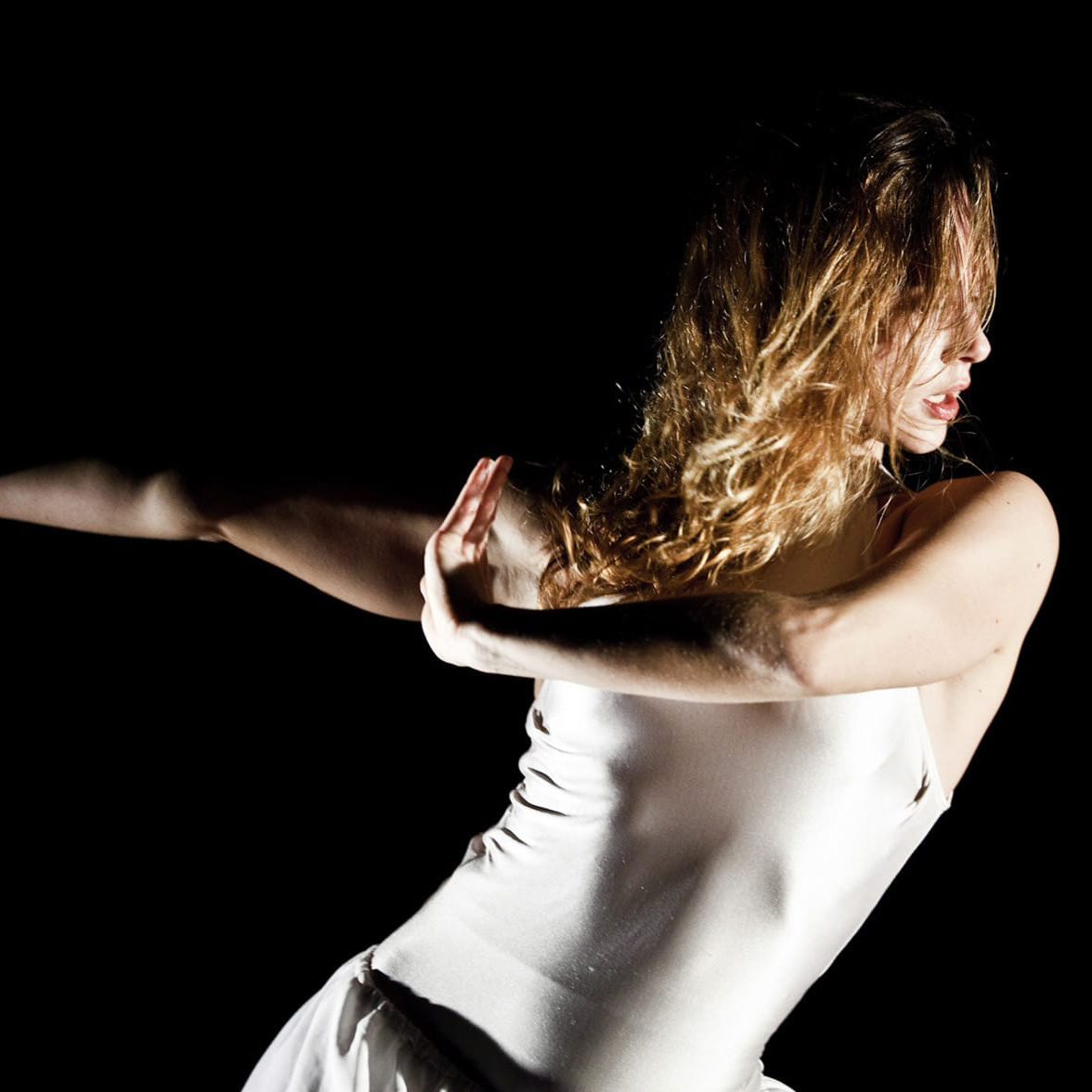 Creative dance and guided improvisation workshop for children, adults and seniors.
The workshop aims to explore our kinetic possibilities that offers
the physiology of the human body based on modern dance techniques and
of improvisation..
The workshop is open to people with or without
dance experience.

Fotini Meletiadou: born on 25.1.1987 in Calw, Germany and grew up in Kavala. Between 2005 – 2020 he lived and worked as a freelancer in Cologne.
She graduated from the State School „Hochschule für Musik und Tanz, Köln“/ Zentrum für Zeitgenössischen Tanz”, with a diploma in “Bühnentanz” (“dance on stage”) in 2009, doing an additional master’s degree “Master of Arts” with the title “Dance dissemination in acontemporary context” (“choreography and pedagogy based on the contemporary dance and performance”) in 2013. She also studied for a while at “Amsterdamse Hogeschool voor de Kunsten” in the Netherlands.

In the last 15 years he has collaborated with artists of various arts and groups, creating choreographic works and site-specific / interdisciplinary productions. Her collaborations range across the age spectrum and levels and have been implemented in theaters, museums, outdoor spaces, schools, festivals, etc.. He has worked with renowned choreographers such as: Alexandra Waierstall, Massimo Gerardi „subsTANZ“, Amanda Miller,
VeraSanderArtConnects, Chun-Hsien Wu „Double C“, Emanuele Soavi „incompany“, André Jolles „687performance“, Britta Lieberknecht & Company, Kristof Szabó „F.A.C.E Visual Performing Arts“ and intensively with groups „CulturBazar e.V./TanztheaterMobil”, “MuTaThe e.V.” and “DRANGWERK e.V.. He also collaborates with the director Rolf Dennemann and the group “artscenicoPerformingArts” to this day.Since 2016 he has been a member of the BarnesCrossing choreographic club in Cologne. Between 2010-2019 he worked at various productions at the „Deutsch Oper am Rhein, Düsseldorf/Duisburg“.He has also worked as an assistant choreographer / coach in large artistic organizations, such as university ones
Departments of Fine Arts, Theaters and Operas. In 2016 she was nominated for the “Förderpreis for young artists of the state of NRW” and in 2017 for the award for best Performer of the year in Cologne. In the same year he choreographed and danced for the production “Languages ​​of Drums” in as part of the “AchtBrückenFestival” for the Cologne Philharmonic, in collaboration with world-renowned artists musicians.In 2012 he received the first award “Best Solo” for the choreography “Lost in Tradition”. In 2010 he did through scholarship of the „Kunststiftung NRW“ researches on polyrhythmic musical systems (Konnakol) and elements of traditional south Indian dances in Chennai/Madras. In 2019, he dealt with polyrhythmic traditional music Indonesian Gamelan music and traditional Balinese dances. Her work focuses on the development of kinesiology material according to the given context and topic. It ranges from dealing with musical structures, theatrical elements and speech, media-arts and projections, to transformation of traditional elements of music and dance, always with a modern approach and intertwined with the her personal cross-cultural influences.