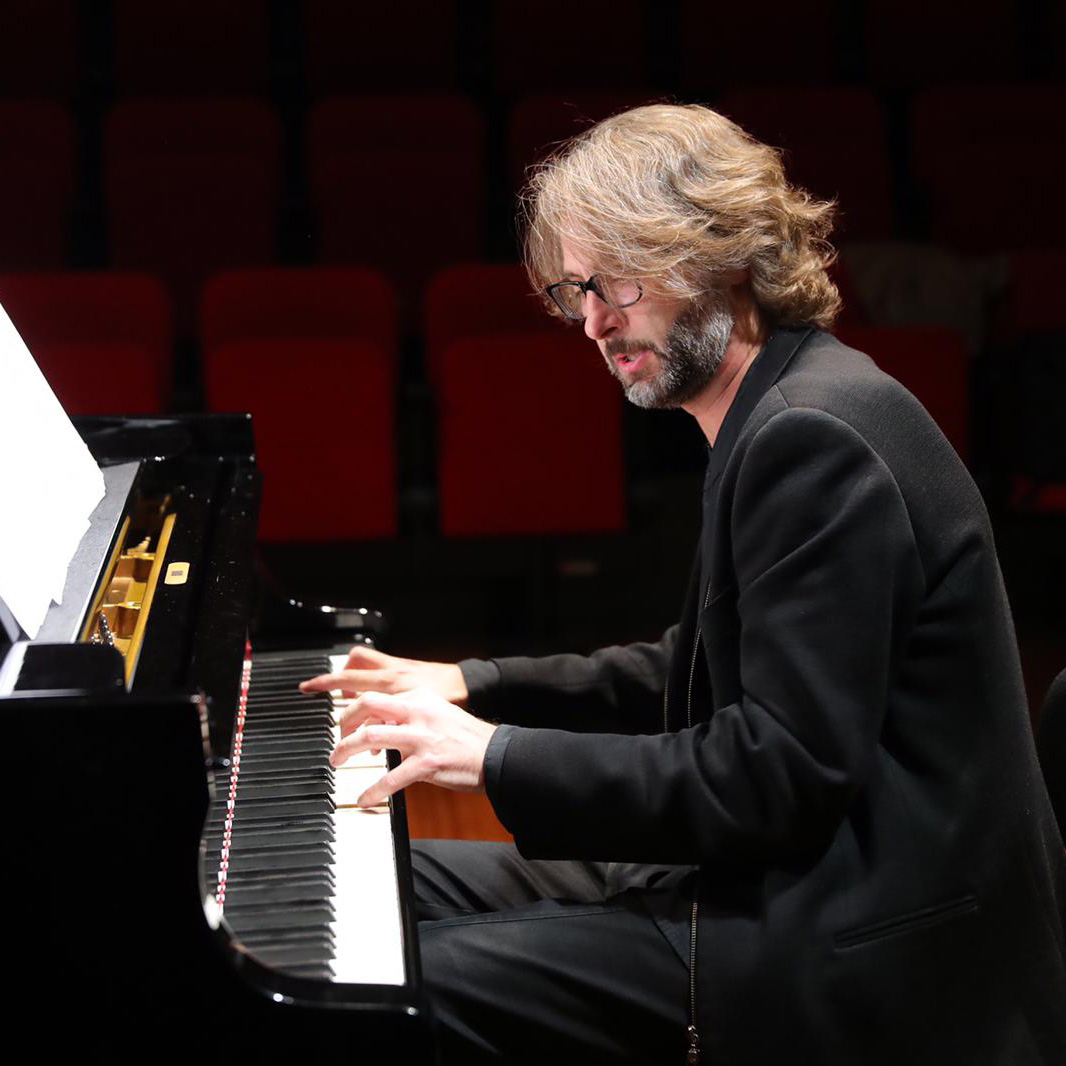 The seminar is addressed to piano students of all levels. Through the projects selected by the participants, the aim of the seminar is to explore practical issues related to the technical and interpretive approach, with particular emphasis on the methods of memorizing musical works.

Theodore Tzovanakis completed his piano studies in Greece next to Domna Eunouchidou. With a scholarship from the State Scholarships Foundation, the Yamaha European Foundation and the Alexander Onassis Foundation, he studied in Cologne at Hochschule für Musik und Tanz Köln, the Royal Academy of Scotland and the Royal Conservatory of The Hague near Roswitha Gediga and Geoffrey Douglas Madge obtaining a soloist diploma and the postgraduate titles “Konzertexamen” and “Master in performance”. He began his doctoral studies at the University of St. Andrews and the University of Leiden on Dimitri Mitropoulos’ piano works. He is a graduate of the Department of Music Studies of the Aristotle University of Thessaloniki.

He has won three first prizes in equal number of national piano competitions and the McKenzie Prize at the International Keyboard Institute and Festival in New York. As a soloist he has collaborated with orchestras from Greece, Germany, Great Britain, Austria, the Netherlands, Israel and Ukraine. He has performed piano recitals in Athens, Nicosia, Vienna, Geneva, Bonn, Trieste, Ghent, Edinburgh, Cologne, London, St. Andrews, Tripoli, Libya, Glasgow, New York, Tel Aviv, Utrecht, Utrecht, Utrecht, Hague. His premiere performances include Lutoslawski’s concerto for piano and orchestra with the Odessa Philarmonic Orchestra in Ukraine and with the Orchestra of Colors in Greece, Szymanowski’s Symphonie Concertante for orchestra and piano, Hovhaness’ Lousadzak for piano and orchestra and Beethoven’s WoO 04 for piano and orchestra with the Athens Camerata.

His world premiere recordings and performances introduce some of the works for solo piano and the works for voice and piano by Dimitri Mitropoulos and Emilios Riadis. Tzpvanakis’ latest recordings include songs by Schumann, Schubert, Brahms, Wolf and Mendelssohn. His recordings have been presented to the National Broadcast Radio and Television of Greece, the Netherlands, Moldova, Israel, Serbia and the Czech Republic. For the last fifteen years he has been working as a piano tutor, leading a great number of students to accomplishing their piano diplomas. He is a principle piano tutor at the Athens Conservatory.